Herdsmen, Arlesiennes (traditionally-dressed Arlesian women) and Camargue horses are the main figures in all the traditional festivals that mark the seasons in Arles. 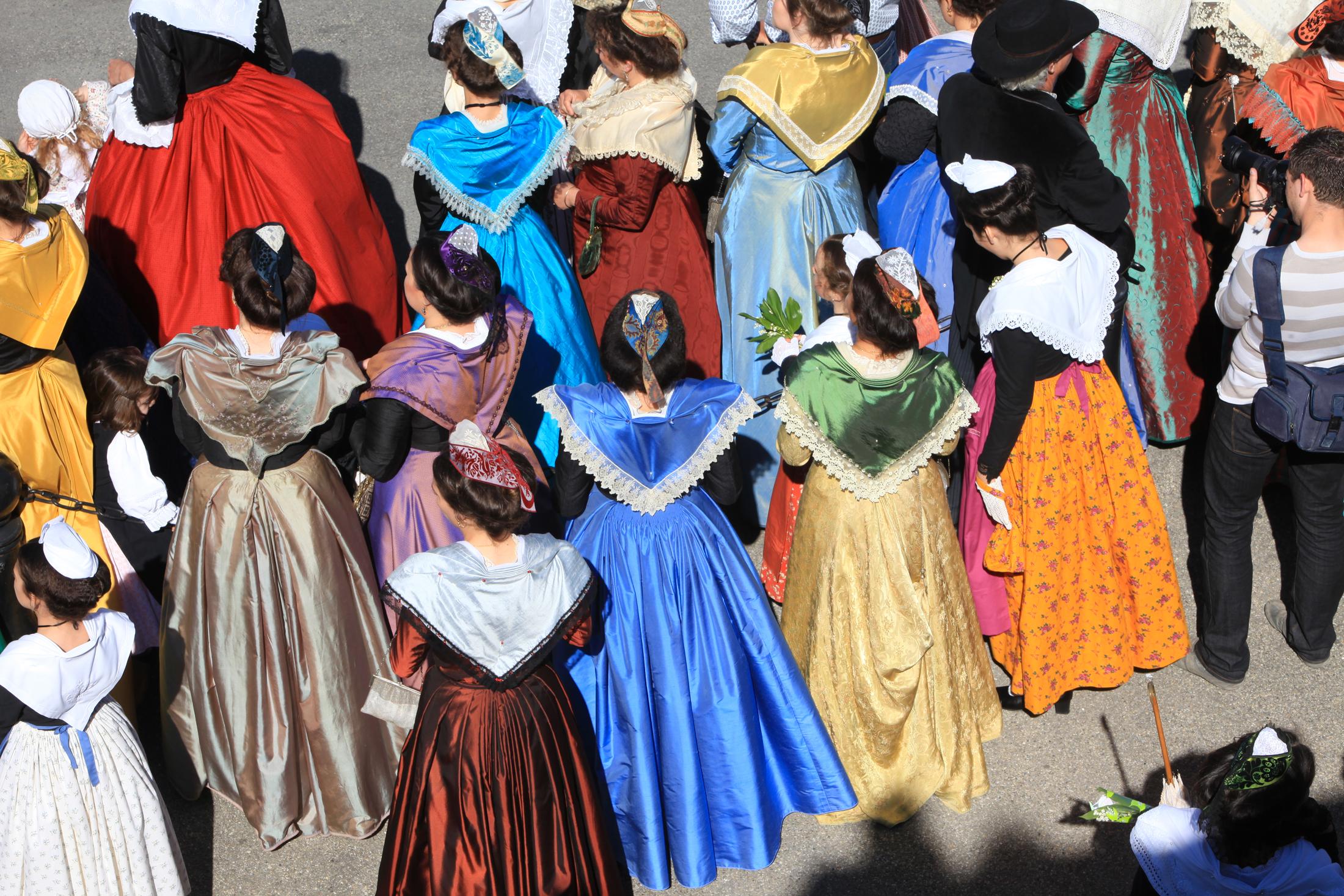 In Arles, traditions are lived out in the city's celebration !

The first festival takes place every year the on the 1st May at the Festival of the Herdsmen. On this day, the herdsmen parade on horse through the town centre, to the Eglise de la Major, the seat of their brotherhood dedicated to St George. The herdsmen and their horses are blessed during a mass in Provençal. A new Captain of the Brotherhood of the Herdsmen is elected, and every three years a new Queen of Arles is also elected. The day ends with a big show at the Arles arena, where the herdsmen and their horses compete with bravery and skill in the Herdsmen's Games.

From the end of June until the beginning of July Arles celebrates.

The whole city beats to the sound of the galoubets (flutes), the traditional parades and the spectacles in the arena. These celebrations, bring together the Provence dreamed of by Mistral and the Camargue imagined by the Marquis de Baroncelli.

The herdsmen, symbols of the Camargue, challenge each other in a bare-back horse race: the Satin race. This race opens the festivals of Arles organised by the Festival Committee.

In the evening of the 23rd June, "les feux de la Saint Jean" from Canigou, and the folk dances to celebrate the return of the summer, unite the Languedoc and Provence.

La Pegoulado : all the traditions of Provence meet at this Arlesian evening to parade under the light of the " pegos" (paper lanterns) and to the sound of fifes and galoubets. The groups and the schools of traditional dance carry out the dances passed down by their elders, all along this nocturnal procession. This popular festival allows all those who wear the traditional costume to gather and share their common passion. The procession ends at the arena with a large Farandole. La Pégoulado is held on the Friday before the Costume Festival and brings together more than a thousand participants.

The Costume Festival : his festival celebrates the 'Arlesiennes' (traditionally-dressed Arlesian women), on the first Sunday of July. All those who wear the traditional costume, dress up in their most beautiful attire. Having paraded under the summer sun, the participants and spectators come together in the ancient theatreto celebrate the Queen of Arles and her Maidens of Honour. At the end of the afternoon a large Provençal spectacle in '" Homage to the Queen" offers an insight into Provençal bullfighting tradition: herdsmen's games, dances, Camargue races….

Who are we? mylexicon.nospartenaires mylexicon.engagementsresponsables Our quality policy Imprint Photos credits