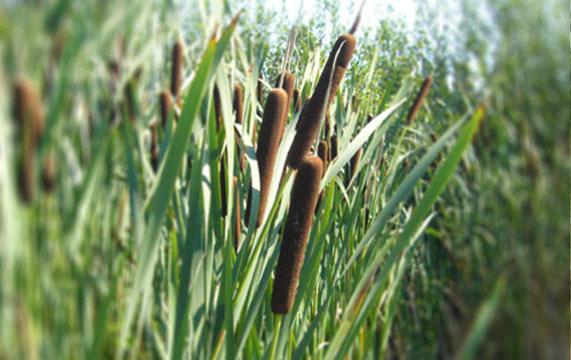 The Camargue is home to a varied vegetation due to the ceaseless struggle between the river, the sea and man.

The two arms of Rhône enclose a vast space made up of alluvia and low-lands mainly covered by water. From the delta point to the coast, three types terrain sustain different varieties of vegetation. The northeast is characterized by its farming area, dense vegetation with trees. The middle of the Camargue, characterized by river-fed lagoons contains the sansouïres, salt-tolerant plants, and an ideal place for bulls and horses. The "Low Camargue" up to the coast contains both marshland vegetation and dunes. The Regional Park and Nature Reserve was created in 1970 to protect this diversity.

The sansouire and the freshwater marshes

As part of the emblematic landscape of the low Camargue, the 'sansouire' is an environment where the salt-level means that only some plant species (salicornes, sodas, sea-purslane, saladelles) can develop. They can be partially flooded during the year, letting some « salicornia rafts » appear here and there. 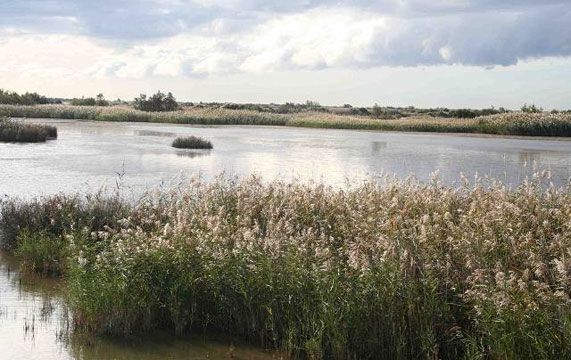 In summertime, a significant increase in salt levels can occurr in places, causing white patches to appear on the ground. Grassy areas provide a rare and patchy natural environments in the Camargue. They occur in areas where the ground and topographic conditions allow a large number of legumes (clover, lotuses, vetches) and grasses (bermuda grass, tufts, bentgrass) to complete their cycle before the intense summer dry-period and the increase in salt levels which can ensue.

The freshwater marshes and the reed-beds are mainly found in the "High Camargue" and along the banks of Rhône. Les marshlands harbour emersed aquatic plant formations such as sedges, rushes and reeds.

Used for hunting or for pasture in the summer period, they are sough out by nesting and wintering bird species. The reed-beds are areas dominated by reeds (or sagno in Provençal). They are exploited by 'sagneurs' who collect the reeds in winter to roof houses in France and abroad.