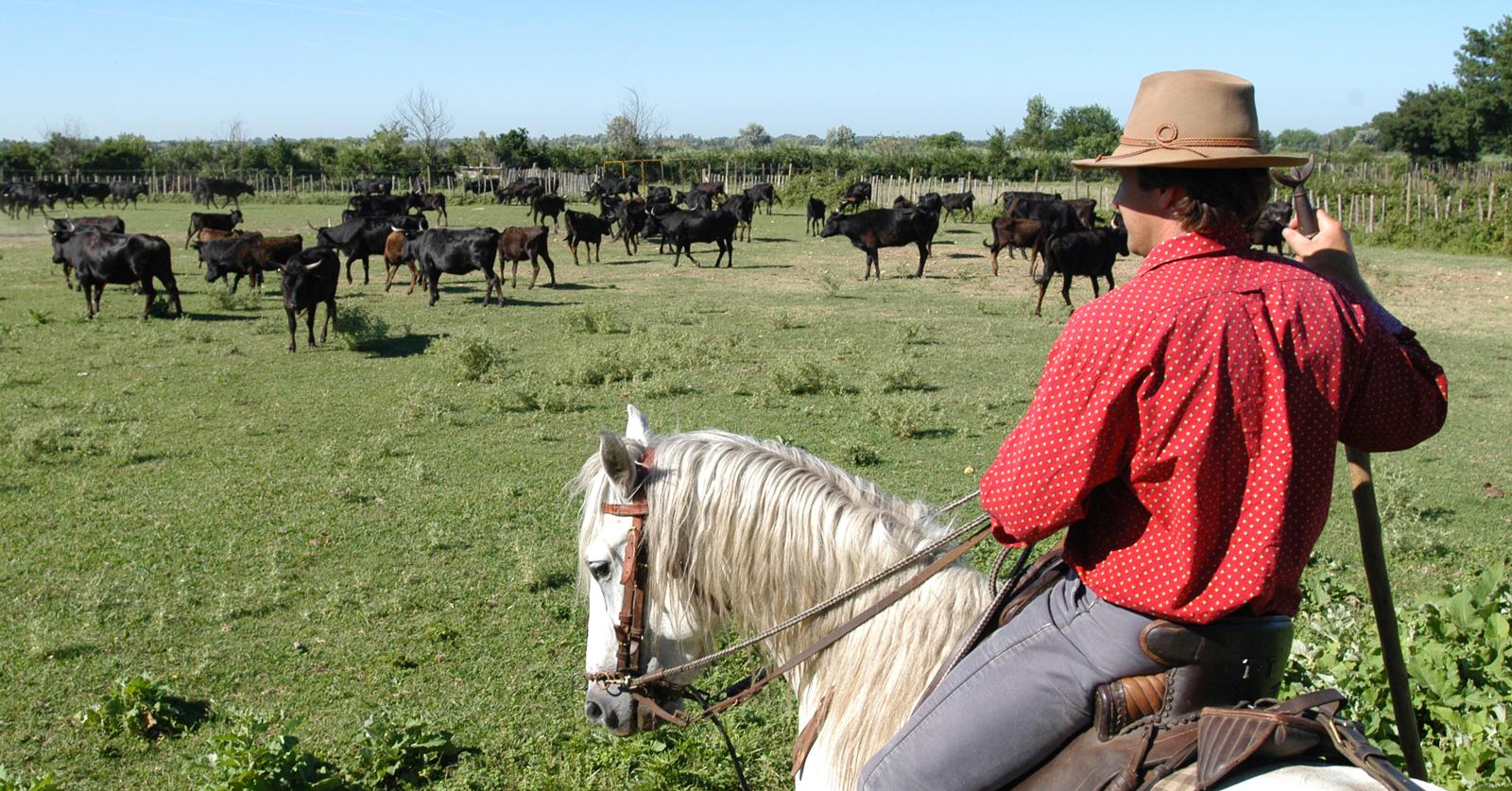 He is the keeper of the manade, herd of bulls who live on day parole in Camargue.
Always on horseback he travels the great natural areas, between ponds and marshes.

In the Camargue, bulls and horses live in semi-freedom, generally in herds, called " manades" which the herdsmen follow on horse.
He the word for herdsman 'gardian' comes from the Occitan term 'gardo-besti', which means cattle guardian. The herdsmen gather each year the on the 1st May for the Festival of the Herdsmen. Founded in 1512, the Brotherhood of the Herdsmen is the oldest brotherhood of this kind still present in France today..
It was responsible for helping the old,  poor and disabled in the brotherhood. St George, the patron saint of herdsmen, whose figure appears on the brotherhood flag, is the protector of horsemen. Originally, herdsmen did not have a specific dress. It was the Marquis de Baroncelli that instituted a costume when he established the "Nacioun Gardiano" in 1817, to give them greater unity and give the brotherhood a distinctive appearance.