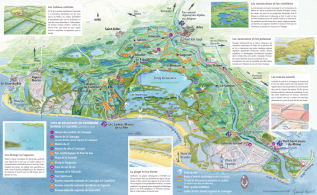 The document that will make you want to discover the Camargue, its six landscapes and therefore...six reasons to visit it! 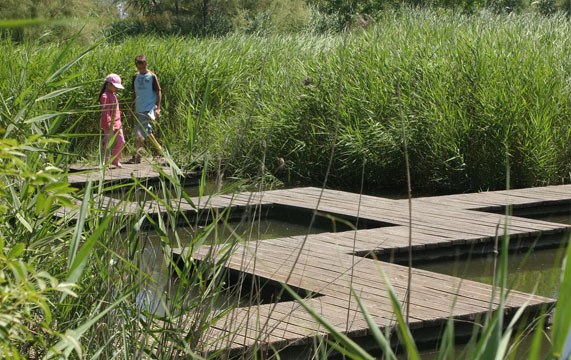 At 30 min. from Arles, in the heart of the Camargue, spend a day at Marais du Vigueirat.

14 TOURS to discover the CAMARGUE 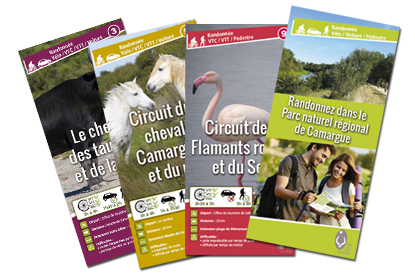 Another way to discover the Camargue !

365 other ways to discover the camargue

By bike, on horseback, in horse-drawn carriages

The Camargue, a magic word, is a place where man lives alongside horses, bulls, birds, the sky and water.


The magic of this region lies in the preservation of it natural spaces. It is a fragile sanctuary for fauna and flora, uncommon in Europe, protected by the Camargue regional park and natural reserve, it forms a unique landscape. Moreover, it is as a natural space of world interest that Arles is classified by UNESCO as a World Heritage site.

Situated between the two arms of the Rhône (it is a delta with the Grand Rhône towards the south-east, and the Petit Rhône towards the south-west), the Camargue is a vast wetland of approximately 100,000 hectares, the largest in France and also one of the most secret. It is divided in three distinct zones: cultivation north of the delta, salt banks in the west and east and lagoons in the south.

The Camargue, it is also a territory formed by man, who has shaped the space, in particular by damming the two arms of Rhône and the sea, and developing sustainable agriculture for rice growing and salt harvesting. This was made possible by controlling the flux between the fresh water from the Rhône, the Mediterranean salt banks and the delta wetlands. Around a hundred herds are used for breeding Camargue horses and bulls.

Here horses are, above all, the herdsman's companions but they are also his work tools. The intervention of the man has also enabled the protection of the environment through the creation of the regional park and nature reserve and sites open to the public.

The Camargue is also an ornithological sanctuary as nearly 400 species of birds are seen here. This includes the pink flamingo, that stands as a symbol for Camargue birds. One should take time to explore the Camargue by following the foot paths or cycle paths or by climbing onto a Camargue horse, an ideal mount for equestrian tourism.

Pink flamingos and other birds

Museum of the Camargue

The house of the rice